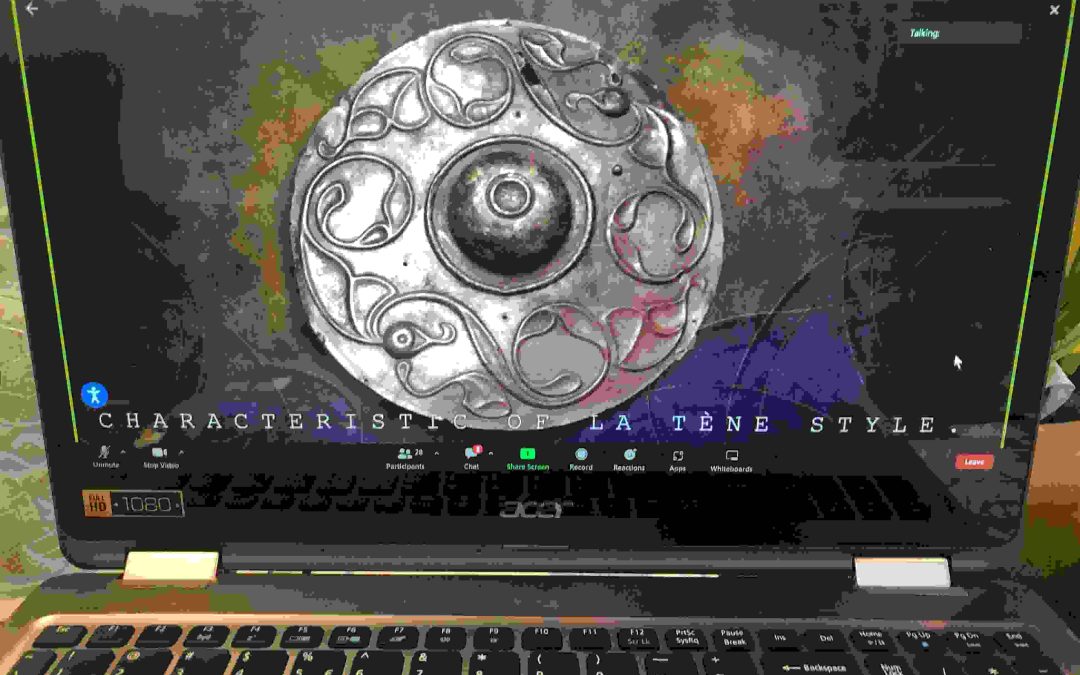 The latest installment of the Barbee Library Max and Sarah Williams Life Long Learners program on Celtic History and Culture explored Celtic Britain and Roman Britain and the rise of the Celts and Picts in Scotland. Zooming in, about 30 participants listened to two lectures and shared their views on questions such as, “Were the Britons actually Celts?”

Multiple lines of evidence were considered, including DNA evidence that suggested that the Britons were not in fact Celtic. Celtic influence was extensive throughout the British Isles as evidenced in art, literature, and cultural customs.

Two models of Celtic “uptake” were considered. First was the “invasion model” in which Celtic influence was brought to Britain through direct invasion. The second was the “diffusion model” where influence permeated by trade and other interactions and spread within and between tribal cultures.

Geography and geology were key factors in attracting outsiders to Britain. For example, the prevalence of mining, specifically Iron Age tin mining, meant that foreigners interacted with Britons to acquire this vital metal (used on its own in making bronze).

The Romans made repeated imperialistic forays into Britain and met far more tribal resistance than expected. While tribes fought amongst themselves, they formed alliances against foreign takeover. The Romans were certainly unprepared for warrior queen Boudicca, the first of several famous queens who left their mark on Britain and – in the case of Queen Elizabeth I, Queen Victoria, and Queen Elizabeth II – on much of the world.

Like a complex and beautiful Celtic knot woven from history, language, economics, culture, art, and religion, the answer to today’s question remains, “it’s complicated.” To the Life Long Learners, that’s still a wonderful opportunity to apply their critical thinking abilities to new theories with like-minded friends.