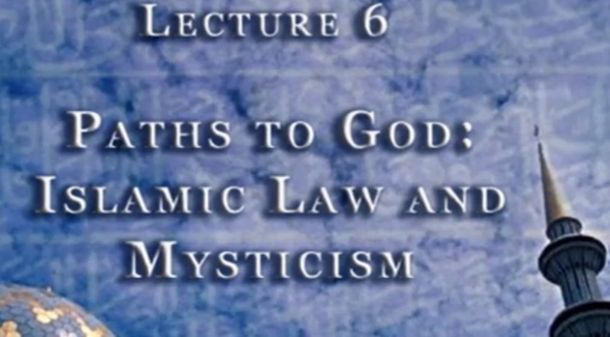 This week’s session of Barbee Library’s Max and Sarah Williams Life Long Learners covered lectures five and six in the Great World Religions course, covering “The Muslim Community – Faith and Politics” and “Paths to God – Islamic Law and Mysticism.” One might rightly imagine that a discussion forum on these matters could open a Pandora’s box of emotions. Fortunately, the Life Long Learners are no strangers to controversy, and with leader Stan Shelton’s steadfast guidance, they have navigated these perilous waters with open-mindedness and mutual respect.

The Muslim expansion across much of northern Africa and Asia (exceeding the dimensions of the Roman empire), involved the assimilation of newly conquered populations. Unlike Star Trek’s Borg Collective, where assimilation turned captives into reprogrammed, compliant drones, Muslim leaders offered their new subjects several paths forward including conversion to Islam, remaining in their chosen religion and paying a tax, or “battle or the sword.”

Recognizing that knowledge would be key to the Caliphate’s ambitions, Muslim leaders obtained and translated countless great works of philosophy, science, literature and – much like our Life Long Learners – absorbed, processed, and applied this wealth of information. This led to remarkable contributions in astronomy, mathematics, physics, medicine, architecture, logic, jurisprudence, and many other fields in the Golden Age of Islam.

While America’s foundations include the principle of separation of church and state, Islam relies upon an inextricable bond between faith and governance. Islamic law delineates duties to God and duties to others, including laws regarding the roles of men and women. In today’s world, however, some are quick to judge Islam based on the misdeeds of those claiming to act in the name of Islam. No faith is without its zealots, and Life Long Learning offers a clarifying lens through which that we can consider such paradoxes of human behavior.