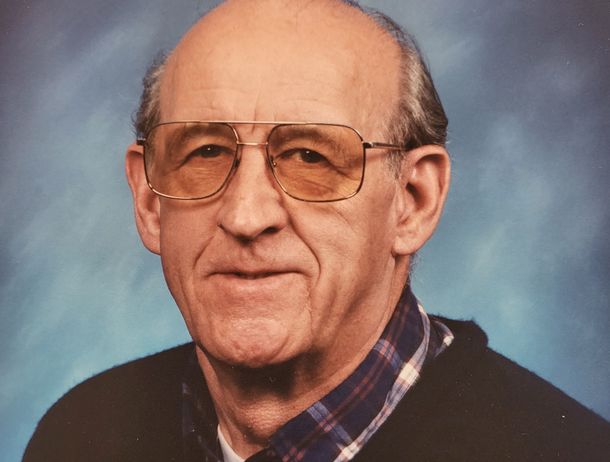 Friends of the Library Southport and Oak Island (FOLSOI) are saddened to hear the news of the passing of John Whiting on January 26. John served as president of FOLSOI in 2005 and 2006. His outstanding dedication to the libraries was recognized when he was named Friends of the North Carolina Public Libraries Volunteer of the Year in 2008 for generously and unselfishly sharing his time, knowledge and experience.

John was born in Wakefield, Rhode Island. He spent his teenage years working in his father’s diner and left high school early to enlist in the U.S. Navy during the Korean War. After the service, John attended the University of Rhode Island followed by graduate school at the University of Connecticut where he majored in English. John taught at Rhode Island College and Radford University before moving to SUNY Orange in New York where he was an English professor. He retired as the Vice President of Academic Affairs and was awarded the prestigious title of Professor Emeritus.

John’s true passion was the history of movie films. He introduced a film studies curriculum at SUNY Orange and wrote movie reviews for the local newspaper. After moving to Southport in 1999, John started the very popular Film and Literature Series at the Harper Library in Southport and the Barbee Library on Oak Island, comparing books to films. He ran this program for 15 years, capturing the attention of hundreds of library patrons over those years.

John was an avid reader of poetry and, surprising to many, the author of many published poems, including “Gus” and “Night Lights” that were read at his service.

Jane Warren, past FOLSOI president (2009-2010), first met John and his wife Pat in 1999. Jane recalls, “They were both so gracious and friendly. John was always furthering the mission of Friends of the Library and he always wanted the best for the local libraries.”

Christine Geering, past FOLSOI president (2015-2016), remembers John’s smile. “John always had a smile on his face. He was the kind of person I call a wow. He was always upbeat and brimming with optimism. Our chats at book sales, Opera Sundays and annual meetings were always a bright spot in my day.”

John’s many contributions to our libraries over the years have made an indelible mark. He was a wonderful Friend of the Library and will be greatly missed.