It’s International Day of Women and Girls in Science! 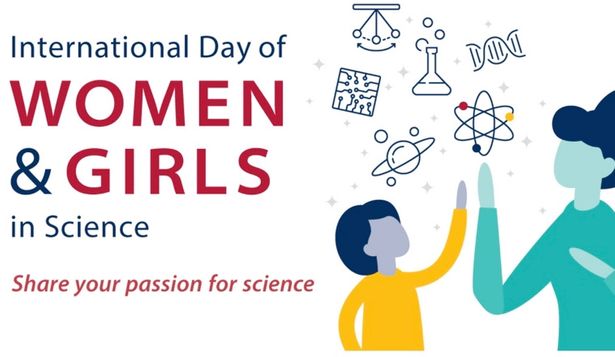 How many female scientists, besides Marie Curie, can you name?  Maybe the famous primatologist Jane Goodall comes to mind, or Rachel Carson, the environmental scientist who exposed the dangers of pesticides in the 1960s.  But if you’re like most people, other names elude you.

And did you know that even today, female researchers typically get smaller research grants and are underrepresented in the major science journals?

In 2015, the United Nations General Assembly took action to change all that by declaring February 11 the International Day of Women and Girls in Science as a way to promote full and equal access to participation in the sciences for women and to recognize the many achievements female scientists have made.

Societal and structural barriers have historically prevented women from entering and advancing in the sciences.  And even though many women overcame these biases to achieve success in physics, chemistry, biology and mathematics, few ever received the accolades they deserved.

Despite great progress over the last few decades, a significant gender gap remains at most levels of STEM disciplines.  Women now come close in the life sciences, but they still lag in physics, mathematics, engineering, and IT.  According to Antonio Guterres, UN Secretary General, the need for women in the field of Artificial Intelligence (AI) is profound.  Studies show that there is a direct correlation between the low number of women in AI and the algorithms that are grossly biased toward men.

With that in mind, FOLSOI, in partnership with Kiwanis and Rotary, is currently developing a “Kids Who Code”program that will encourage both girls and boys to explore this rapidly expanding field.  Look for more information about this exciting program in FOLSOI newsletters.

Of the 607 Nobel Prizes awarded in the fields of science and medicine, only 20 have gone to women.  The first was awarded to Marie Curie (and her husband) in 1903 for her theory of radioactivity, and the most recent went to American chemist Jennifer Doudna and French chemist Emmanuelle Charpentier in 2020 for their development of CRISPR, a method for genome editing that could someday eradicate certain diseases.

Each year, the UN and the Royal Academy of Science International Trust hold an assembly with government officials, international organizations, and leaders in the private sector to discuss issues of gender equality in the field of science.  Recognizing women as a vast, untapped pool of talent that could lead to great discoveries and innovations, the assembly aims to mobilize funding for STEM education for girls and enact measures that promote female leadership in research labs and universities around the world.

To learn more about female scientists like Elizabeth Blackwell, the first woman to graduate from medical school in the United States (1849) who founded the New York Infirmary for Women and Girls, or Mae Jemison, the first African American female astronaut who served as a doctor in the Peace Corp, head to the library.  Both Harper and Barbee have biographies on Blackwell, Jemson, Curie, Goodall, Carson, and others.

Go to www.globalcitizen.org to see “17 Top Female Scientists Who Have Changed the World.”