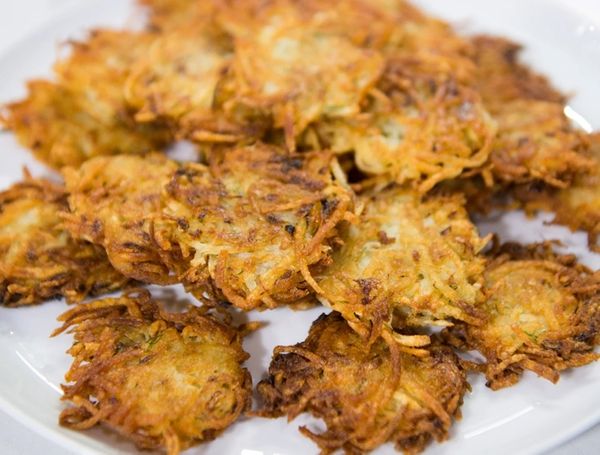 The two traditional foods of Chanukah (Note the different spellings are all acceptable!) are latkes (potato pancakes) and sufganiyah (jelly doughnuts). Many people serve latkes with either sour cream or apply sauce. In the Levine family, we made different veggie-based latkes – including, sweet potatoes, zucchini and even shredded apples.

The story behind the eight-night celebration is that one drop of oil which was expected to last the night. Miraculously, it lasted eight days. Commonly known as a menorah, the item lit is actually called a Hanukkiah. The first night, the shamus (the lead candle) lights one candle. The second night a new shamus lights two candles, and so on. Each night the candles should be melted all the way down.

Children play a game called dreidel. A dreidel is a four sided top. Depending on what side it lands, a child wins or loses a certain number of gold chocolate coins, called gelt.

Since Chanukah typically lands around Christmas time, some American Jewish families may put up a Hanukkah bush. I’ve never seen a Chanukah bush and our family didn’t do “Hanukkah Harry” either.

In short, Chanukah isn’t a major Jewish holiday, though in America, it often serves as a Christmas “substitute” of sorts. Any holiday cards depicting snow people, snowflakes or any winter themes are generally welcomed, although sending out Chanukah cards isn’t really a thing! It’s a bit awkward, in my opinion, to wish someone a Happy Hanukah. Instead, I prefer to go with, “Enjoy the holiday season!” 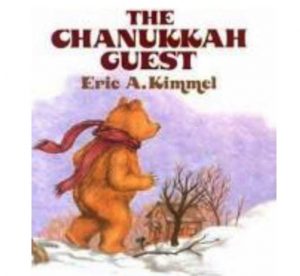 For favorite books, you can’t go wrong with those by Eric Kimmel, including The Chanukkah Guest, and Hershel and the Hanukkah Goblin.