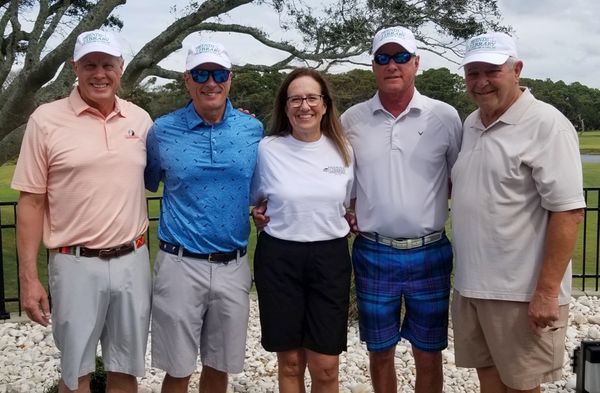 Donating money to help local charities is par for the course for the Oak Island Elks Lodge. After all, “Elks Care, Elks Share” is their motto.  Over the last several years, the OKI Elks have donated approximately $12,000-$18,000 annually to such charities as Communities in Schools, Samara’s Village, Matthew’s Ministry, and Oak Island Water Rescue.  And for the last two years, FOLSOI has been a grateful recipient of the Elks philanthropy, receiving a $500 donation each year to support Barbee Library on Oak Island.

A fall golf tournament at the Oak Island Golf Course is the Elk’s primary fundraiser each year. The 29th annual tournament, held in late September 2021, was a beautiful day with terrific participation. Longtime FOLSOI member Rick Fuller, an avid golfer and a proud Elk for 25 years, nominated our Friends group to receive the donations. This year Rick also personally sponsored a hole on behalf of FOLSOI. His generosity (a hole sponsorship is $500) bought us some terrific publicity, with a FOLSOI flag on the green and a tee sign! 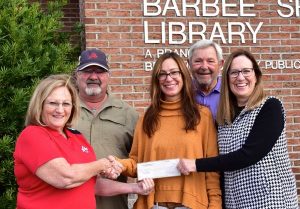 Rick, originally from Greensboro, NC, has lived a life full of adventure and service.  Over the course of a 25-year career in the United States Air Force, he moved numerous times, finally retiring to Oak Island about ten years ago.

“You can’t beat the weather and I get to golf every day! That was part of the deal I made with my wife.  She’s the beach lover!” says Rick.

Between all his time spent volunteering and golfing, Rick is a voracious reader who manages to read about 100 books a year!  He is a well-known regular at Barbee Library, always on the hunt for a good mystery or thriller.

While Rick and his golf team may not have won the Elks tournament this year, they had a great time on the course, and they certainly won the gratitude of FOLSOI and Barbee Library!