‘Books Unite Us’ Is Theme of Banned Books Week 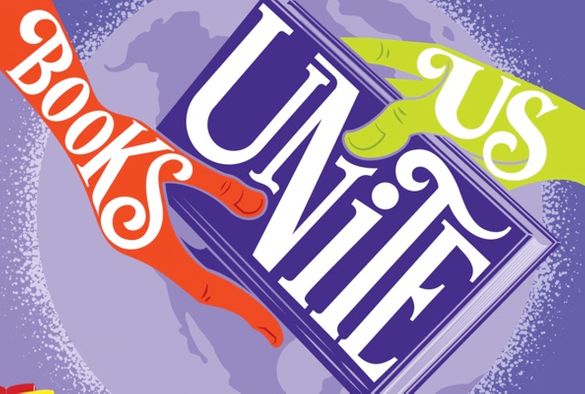 How would you feel if someone said you couldn’t read the Bible because it was banned due to its religious content? What would your book club do if it was blocked from reading The Kite Runner by Khaled Hosseini, also because of fears about religion?

Think about the missed opportunities for intellectual and emotional growth if your teenagers (or you!) were not allowed to read modern classics like To Kill a Mockingbird, The Catcher in the Rye, Of Mice and Men, or A Brave New World. Those books deal with themes of racism, stereotypes, religion and sexuality, topics that some people believe should not be taught in schools.

Suppose that the movie-franchise juggernauts “Harry Potter” and “The Hunger Games” had never been produced because those books were banned for promoting witchcraft and religious viewpoints!

Can you imagine a school bookfair without best sellers Captain Underpants, the comic novel series for elementary kids and Goosebumps, the frightfully creepy series for middle schoolers?  While certainly not for everyone, both of these series have been working wonders on generations of reluctant readers, introducing them to the joy of reading for fun.

What do all of these books have in common? Each was at one time either banned from libraries or schools, or on a list of books that were publicly challenged. The week of September 26-October 2 is “Banned Books Week,” spotlighting these and many more that have had to face public scrutiny.

The theme for 2021 Banned Books Week is: “Books Unite Us; Censorship Divides Us,” emphasizing the power books have to reach across boundaries and build connections between people and societies.  Censorship, on the other hand, creates divisions and barriers.

Fortunately, while book bans and challenges are still an issue today, most books remain available to us, due in large to the efforts of the Banned Books Week movement.

For nearly 40 years in the last week of September, the movement has highlighted historical attempts to censor books in libraries and schools, drawing attention to the harms that come from restricting freedom of expression.  It is a time to celebrate our right to read whatever we choose, and to develop our own opinions and conclusions rather than having our knowledge limited by censorship.

According to the American Library Association, Banned Books Week traces its origins to a 1982 Supreme Court case (Island Trees School District v. Pico) in which the high court ruled that school districts cannot ban books simply because of the content.  That same year, organizers at the American Booksellers Association’s Book Expo America in Anaheim, California, built a towering display of padlocked cages containing 500 books that had been banned or challenged at one time.  Signs proclaiming the books “dangerous” added to the visual impact of the satirical display and it caught the eye of national news media.

Since then, Banned Books Week has grown through the work of colleges, librarians, bookstores and media outlets (PBS and the New York Times play prominent roles). In the United States, the campaign stresses “the importance of ensuring the availability of those unorthodox or unpopular viewpoints to all who wish to read them.”

So go ahead, take a trip to Barbee Library or Harper Library and check out a book that’s scandalous or irreverent or controversial, or simply honest.  Just be careful… it could be dangerous!