The Wisdom of History: Ignore It at Your Peril! 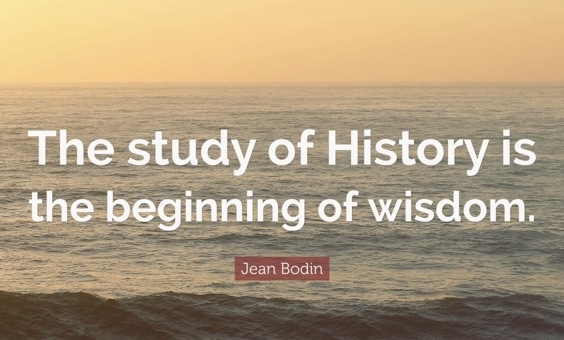 What can we learn from history? How can it help us today? Last week’s Max and Sarah Williams Life Long Learners program at Barbee Library (Thursdays, 10am via Zoom) featured two lectures by Dr. Rufus Fears from the “The Wisdom of History” Great Courses series. Thirty-one people Zoomed in to learn about and eagerly debate the concept of hubris, the moral failing and abuse of power by individuals and nations.

Hubris looms large in Greek mythology, where those grasping for more than their share led to a figurative (or in the case of Icarus, literal) downfall.

When civilization began, governance was provided by tribes or their representatives. No one leader ruled with overarching authority. The Rise of Empires placed far more emphasis on the decisions–and human failings–of individual leaders, and things have been hurtling downhill ever since.

Dr. Fears’s lectures provided examples of regrettable decisions by reluctant or flawed leaders, making it clear that our current political woes are nothing new. Compounding human frailties in ancient times was the hubris that God (or in the case of the Greeks, gods) chose sides in every battle. This allowed failures to be written off as “the wrath of God” rather than incompetent leadership.

As civilization advanced, the personal and public morality of leaders came under scrutiny. Those committing heinous misdeeds in their personal life were rightfully suspected of abusing the public trust. History is littered with fallen leaders and governments undone by greed, envy, lust, and incompetence. Recent examples can be found in today’s politics.

Ignoring the lessons of history may be the worst form of hubris. We imagine that we have progressed since ancient times, that we have transcended the worst of human nature. Sadly, we have not. Pettiness, short-sightedness, paranoia and greed are still working their magic. Our best defense may lie in recognizing hubris and working for more inclusive alternatives.