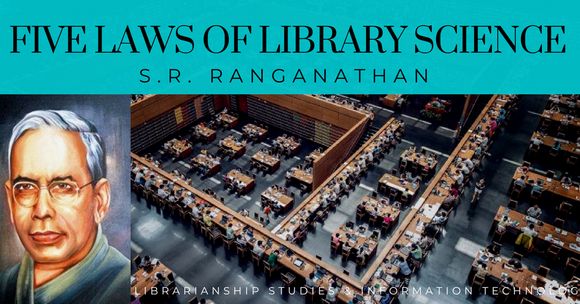 National Librarian’s Day in India on August 12 celebrates the life’s work of a great mathematician. Wait, what? Yes, Shiyali Ramamrita (S. R.) Ranganathan, born in 1892 in British-ruled India, earned degrees in Mathematics, intending to teach, but he would make his mark in the world of words, rather than the world of numbers.

In 1923, the University of Madras advertised for a librarian to organize its collection. Ranganathan, one of 900 applicants, was selected based on his hasty encyclopedia research on libraries.

Uninspired in this job, however, Ranganathan petitioned to travel to London to learn proper library management. He found his challenge in the Dewey Decimal Classification system and began work on a more objective and efficient classification scheme: the “Colon Classification” system. Ranganathan returned to India, even reordering the ship’s library on his way home.

With a workaholic’s zeal, S.R. embarked on organizing India’s libraries, taking off only one morning to get married. When he left his decades-long post at the University of Madras, Ranganathan was acclaimed as the Father of Indian Library Science. Among his lasting contributions are the Five Laws of Library Science: