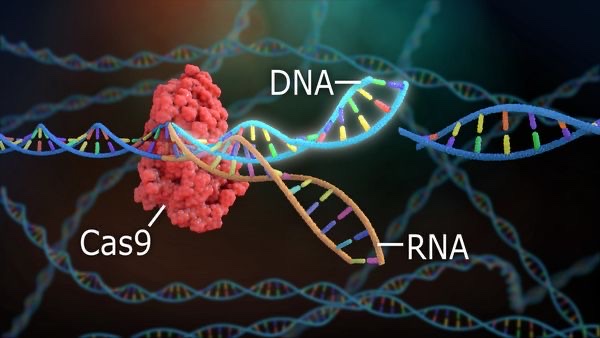 In 1989, Spanish microbiologist Francisco Mojica discovered these regularly repeating lengths of DNA in bacteria and concluded that bacteria were altering their genes to develop immunity to a virus. Deploying CRISPR has enabled yogurt manufacturers to safeguard proprietary bacterial cultures from viral attack, leading some to raise the specter of “Frankenfoods.”

Wondering whether this process offered benefits for other multicellular life forms, French researcher Emmanuelle Charpentier and American biochemist Jennifer Doudna joined forces and shared the Nobel Prize in Chemistry in 2020 for their development of a method of genome editing despite a massive and well financed push by Chinese American researcher Feng Zhang. This competition eclipsed that of the discovery of DNA. Clearly much was at stake for those involved and for humanity.

A CRISPR-associated protein, Cas9, can be used to “edit out” specific sections of DNA in a process guided by RNA. Ideally, such genetic modifications could fight diseases at their root cause rather than merely treating symptoms. Medical ethicists, recalling the dark days of eugenics and forced sterilization of those deemed “unfit” to reproduce, have highlighted a host of potential pitfalls of genetic intervention.

For those facing the diagnosis of cancer or other critical illnesses, CRISPR could offer amazing benefits. In contrast to genetic modification of embryos, treatment of adults would help individuals without biologically impacting future generations, beyond the ability of those generations to enjoy the presence of a loved one a while longer.

We were reminded today that our first Life Long Learners Zoom meeting took place over a year ago when COVID shut down our in-person sessions. As we return to “normal” – thanks to the efficacy of mRNA vaccines – it is worth reflecting on how much we have learned and evolved.