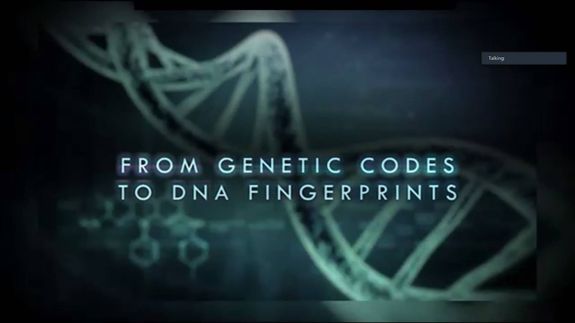 Much of success comes from being in the right place at the right time; the rest comes from publishing your results first. Barbee Library’s Life Long Learners program on “The History of DNA” illustrated this in this week’s installment, “The Double Helix Revealed,” which highlighted the competition between Linus Pauling, James Watson and Francis Crick, Rosalind Franklin, and Erwin Chargaff to unravel the structure and function of the DNA molecule.

One might expect that researchers with such eminent intellect and a vital shared mission would cooperate to advance the state of knowledge. Academic pressure to “publish or perish” instead fueled suspicion, resentment, and desperation leading to some rather despicable subterfuge. This ugly side of scientific endeavor was balanced by the beauty of the DNA molecule as finally revealed.

Subsequent discoveries led to the “central dogma of molecular biology” – the process whereby DNA forms RNA and RNA in turn forms proteins. While the nuances of this biochemical transformation may elude the average (or even above average) student, it’s important to note that this discovery led to our current array of messenger RNA (mRNA) COVID vaccines.

Inevitably, DNA research would lead to other benefits (and risks) to society. The existence of a distinct DNA “fingerprint” has enabled law enforcement to identify criminals in near real time, and in cold cases. DNA has also been used to exonerate those falsely accused, including criminals on death row.

The proliferation of consumer DNA test kits has led to many discoveries about family histories, not all of which come as welcome news. Genetic interventions, while offering hope for those seeking to cure diseases, prolong life, or create ideal organisms, offer ethical concerns that could easily spiral out of control.

Not already registered for The History of DNA (Thursdays at 10 am, online via Zoom)? Call 910-278-4283 and leave your name, e-mail address, and phone number. It’s never too late to join!