Holocaust Remembrance Day: So that We Never Forget 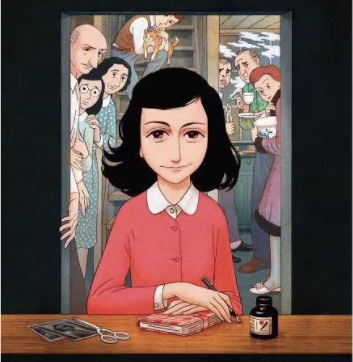 If we forget the past, we’ll be doomed to repeat it. So said the philosopher George Santayana and thus is the purpose of Holocaust Remembrance Day (Yom HaShoah), this year starting the evening of Wednesday, April 7.

In Hebrew, Shoah means destruction and that is, indeed, what the Holocaust was about, the systematic catastrophic annihilation of Judaism which included 6-million people, customs and way of life during WWII by the Nazi regime.

Yom HaShoah or Holocaust Remembrance Days fall out on the 27th of the Hebrew month of Nisan. This year it is on April 8 but as in all Jewish holidays it starts on the evening of April 7 because in Genesis 1:5, “And God called the light “day” and the darkness “night.” And there was evening, and there was morning: one day.”

Many people tried to flee Germany or hide as the Holocaust began. Some Jews were able to leave Germany at the beginning of World War II, but as the war continued on it was harder for them to leave because the Nazis clamped down and forced them into ghettos.

Anne Frank and her family were trapped in Amsterdam during the occupation by the Germans. She and her family along with another family group hid behind a bookcase in the building where her father Otto worked. She started a diary which is one of the definitive works on what happened during this time and is her testimony of the realities of the genocide that happened. Her writings and poetry was a gift to us left by this prolific girl who was strong and resilient and saw the beautiful side of life in a seamy upside down world.

The Levine family, residents of Oak Island and members of FOLSOI, have made a generous donation to the Barbee Library of the graphic novel “Anne Frank’s Diary, The Graphic Adaptation” (pictured above), so that we never forget.