10 Things You May Not Have Known about ‘Sonny’ Dosher 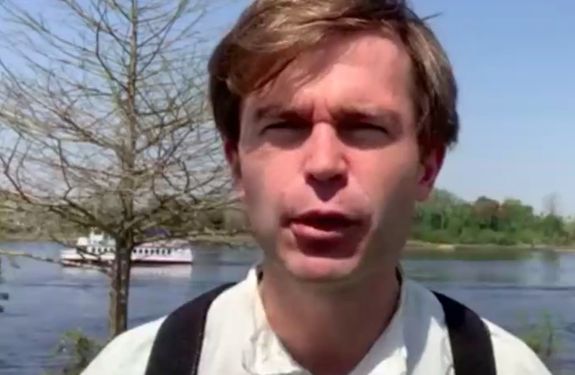 Born for the Water: Born to Charles Gause Dosher, a Cape Fear river pilot, James Henry “Sonny” Dosher seemed destined for a life near the water and near the family’s beloved Smithville.

A Dreadful Accident: In 1835, a sailing sloop, The South Wind, sank in the Elizabeth River, taking with it many of Charles Dosher’s family members. His every journey on the Cape Fear grew somber when passing the confluence of the Elizabeth River.

Dosher Brothers Serving the Confederacy: Sonny joined the 30th North Carolina Infantry; his service took him from Richmond Virginia to Cold Harbor, where Confederate victory emboldened Robert E. Lee to press north to Maryland. At Antietam, he was wounded in the foot. From there, he saw action in Fredericksburg, Chancellorsville, and Gettysburg, attaining the rank of lieutenant, then on to the Wilderness, Spotsylvania, and north to the Monocacy River. Sonny’s younger brother Frederick enlisted at 17, becoming an aide-de-camp to General Whiting. Frederick was taken prisoner when Fort Fisher fell to the Union, dying of disease as a prisoner of war in Elmira New York.

The Long Walk Home: Despite his distinguished service and a war wound, Sonny walked all the way back to Smithville in tattered clothes and borrowed shoes.

The Love of a Good Woman: Waiting in Smithville was the love of Sonny’s life, Rebecca Guthrie, a descendant of the founders of Smithville. The merging of these families produced several children. When Sonny began lighthouse duty, Rebecca and the children moved in with Charles Dosher.

Take a Job, Any Job: A limping Confederate veteran had limited options in the post-Civil War South. While working as a school teacher, Sonny yearned for a government job. He moved to the Customs House in Wilmington, then to the Frying Pan Lightship, Federal Point Light House, and finally the Bald Head Island Light House.

Ideology vs. Expedience: Sonny realized that Northerners were making significant investments in helping North Carolina to develop a public school system. He declared himself a Republican, loyal to President Grant, undoubtedly enhancing his options for government employment.

Thirty Years Later: Sonny’s tenure as Bald Head Island lighthouse keeper began in 1882 and lasted 30 years, a testament to his tenacity and his love of the Smithville area.

Time to Go: Eager to reduce costs as lighthouse technology became automated, the national lighthouse service offered Sonny a post in Florida, threatened to demote him, and otherwise phased him out.

Continuing Connections: We are fortunate to have so many descendants of historical figures still among us, willing and eager to share their recollections on these Southport Historical Society presentations!

Here is a link to the recorded presentation: Sonny Dosher Presentation Recording