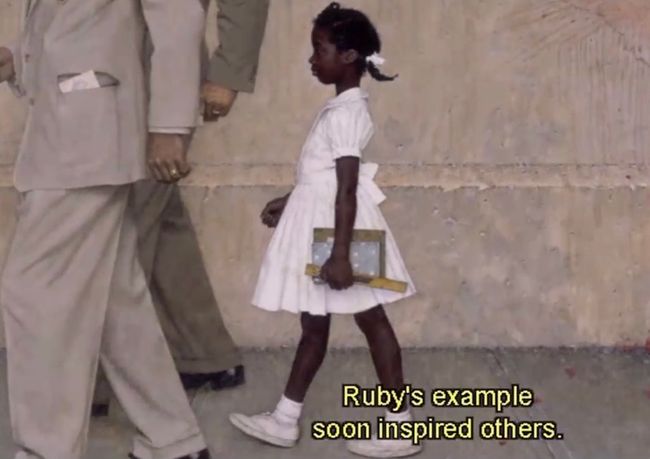 America’s involvement in World War II accelerated the demands for civil rights. Manufacturing operations were quickly retooled to produce bombers, spurring full employment. Americans – Black and white – joined the military where many soon realized that the color of one’s skin and that of others in their unit was no indicator of the content of their character.

In this week’s Max and Sarah Williams Life Long Learners program hosted by Barbee Library, viewers of “Rise, 1940-1968” learned of great changes that took place in America in the middle of the 20th century. The series continues each Thursday at 10 am via Zoom; call the library (910-278-4283) to register.

Having risked all in defense of freedom abroad, returning African Americans were stunned to find discrimination and violence at home. Seeing their gains erased ignited a passionate fight for civil rights that would test American society for decades to come.

Simple requests by a Black person – to use a public restroom, to eat at a public lunch counter – triggered vicious retaliation by whites frightened by the erosion of the status quo. Ironically, this violence made African Americans more relatable to many white people who joined their struggle for equality. Black achievements in sports and the arts somewhat undermined the hatred and paranoia of segregationists as many Americans began to realize that we were all in this together.

In 1955, Rosa Parks refused to give up her seat on a bus sparking the Montgomery bus boycott.  The Rev. Dr. Martin Luther King, Jr. continued this tradition of nonviolence under the premise that allowing himself and his followers to be maltreated would reveal the brutality of white oppressors.

School desegregation fully inflamed racial tensions. When young Ruby Bridges was escorted to an all-white school by federal marshals, white parents erupted in outrage. It was said that “they didn’t see a child; they saw change.” Soon, older students were embracing nonviolent passive resistance tactics. By April 1960, over 50,000 students had participated in sit ins.

Some civil rights leaders rejected nonviolence, notably Malcolm X, whose more aggressive tactics appealed to Blacks impatient with the slow progress of the movement. Martin Luther King Jr. continued preaching the merits of nonviolence. In June 1963, followers of both leaders combined forces in an enormous March on Washington for Jobs and Freedom, where Dr. King delivered his “I Have a Dream” speech.

In 1964, President Lyndon Johnson signed the Civil Rights Act of 1964 which brought sweeping reforms aimed at eliminating discrimination and creating equality. Yet in 1965, a peaceful march from Selma to Montgomery turned into a Bloody Sunday. By 1968, nonviolence had given way to fierce demands for Black Power.

The fight was far from over, and obstacles to Black voting and full equality were numerous and some remain today. Only when society accepts that life is not a zero-sum game can we fully enjoy the freedoms for which so many sacrificed.