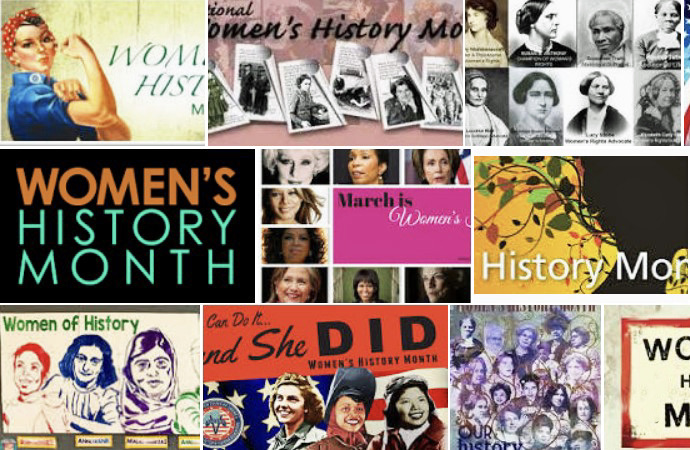 Thanks to former President Jimmy Carter, March is the month to celebrate women’s achievements and contributions to America. Well, that isn’t quite right. Actually, President Carter only proclaimed the week of March 8, 1980, as National Women’s History Week. Then in 1987, Congress decreed that the entire month of March would forever be proclaimed National Women’s History Month.

So how do we celebrate? Here’s an idea.

Last week my book club met to discuss “The Indigo Girl,” the wonderful (mostly true) story of how Eliza Lucas teamed up with her plantation’s slaves to learn how to make indigo dye, which became one of South Carolina’s most lucrative exports. That sparked a spirited discussion about what other women throughout our nation’s history should be honored and celebrated during March.

We quickly shouted out about 30 names in rapid succession, starting with Eleanor Roosevelt and going on to include Florence Nightingale, Rosa Parks, Sally Ride, Madame Curie, Rachel Carson, Betsy Ross, Pocahontas, Abigail Adams, and on and on.

But then we grappled with trying to remember some others, like the first Black woman elected to Congress (in 1968) who also ran for the Democratic party’s nomination for president (in 1972). She was Shirley Chisholm, of course! And although we couldn’t immediately recall “that brilliant navy admiral who pioneered computer programming languages,” we ultimately recalled that it was Admiral Grace Hopper.

The next day I went to Harper Library to research these and others names. The library has several interesting biographies and three excellent compilations. After perusing many of them, what struck me the most is that these women represented every facet of life. They were nurses, scientists, mathematicians, performers, artists, writers, activists, athletes, wives of presidents, elected government officials, spies, and daredevils.

These extraordinary women were white or Black or Indian or born in another country but came to the U.S. as children. They were from very wealthy families or from working class families, or poverty-stricken. But they all had three things in common; they had determination, courage, and perseverance.

Best of all, they left us a priceless legacy and we salute each one of them.