Play On! by Judy Dearlove Is a Must-Read 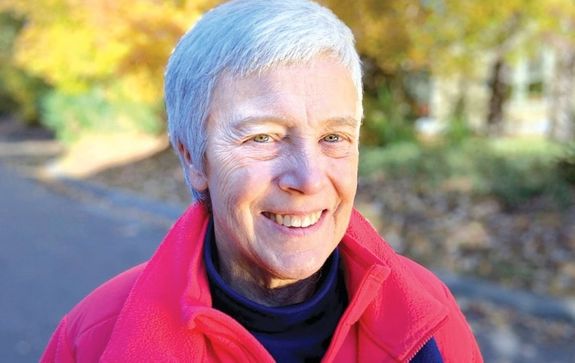 All those “Zooming in” this week to author Judy Dearlove’s reading from her novel Play On! were inspired, educated, and totally entertained.

In this online Meet the Author event sponsored by FOLSOI and presented by Barbee Library, Judy started her talk by reading three excerpts from her wonderful book Play On! and then held a Q&A session in which she shared a little about her life and a lot about how a writer crafts a story and develops the characters.

Dearlove insisted the characters in Play On! are all completely fictional; yet each one is so well drawn that you will swear they are someone you know.

For example, when someone asked Maxine, the protagonist, “Do you know how to tell when Carlotta’s lying?” Maxine replied, “You know Carlotta’s lying … if her lips are moving.” Surely we have all had a Carlotta in our lives.

Judy began her book when she attended a Writer’s Workshop at Table Rock Retreat in Little Switzerland, NC. The class was on “How to Revise Your Novel.” However, Judy hadn’t even started her novel yet. So that evening, the subject, the characters, the plot, and the tone were created. And some 12 years and several drafts later, it was published.

In addition to having some wonderfully funny lines, Play On! is an inspiring guidebook for not merely accepting getting older, but actually embracing it for the new opportunities it opens up.

Judy spoke to a very enthusiastic audience of 36 viewers who encouraged her to make it an audio book. Or to think about the possibility of turning it into a movie or a play. We will follow up on that and keep you posted. But for now, she did admit to working on a sequel, which delighted her new fan base.

Copies of Play On! are available at both Harper and Barbee Libraries and can be purchased or downloaded from Amazon, or from the publisher, Resource Center for Women and Ministry in the South.