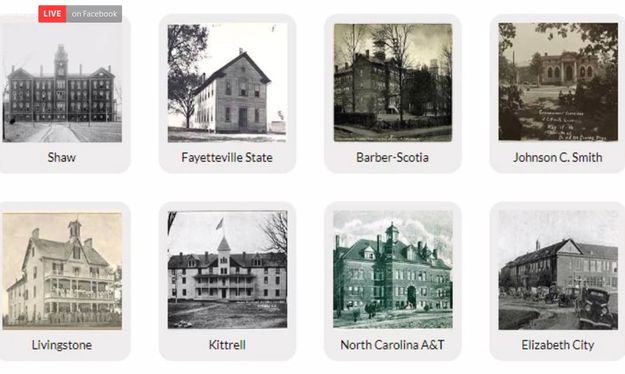 For more than 150 years, Historically Black Colleges or Universities (HCBUs) in North Carolina have enabled African Americans in the Southport Area to unlock previously unimagined career possibilities. In fact, thousands of HBCU graduates in North Carolina and beyond have achieved success for themselves and for future generations while making significant contributions to their communities and to the world.

That’s what participants learned in this week’s “Armchair History” program, hosted by Liz Fuller and presented by the Southport Historical Society and Harper Library.

North Carolina’s first HBCU was established in 1865 by Henry Martin Tupper and his wife Sarah. Tupper had planned a career in overseas missionary work but witnessing the post-Civil War racial strife in America, he focused his zeal locally, for which many are eternally grateful.

Tupper invested $500 to establish “The Raleigh Institute,” which later became Shaw University. He and his students built the school buildings themselves. Separate educational offerings were provided for men and for women, but women could opt to take the men’s classes. Tupper later founded a medical school that graduated over 400 physicians, and Shaw University played a key role in the launch of other HBCUs across North Carolina.

After Reconstruction, many still believed that educating African Americans was either futile or misguided, but with continued support from churches and individuals in the North, and the sharing of best practices between HBCUs, education flourished. Families in Smithville (now Southport) and throughout the state made great sacrifices to send their sons and daughters away to college, and the return on that investment was enormous.

One local beneficiary of the HBCU system was Colonel Willie Gore, a graduate the Agricultural and Technical College of North Carolina and one of the students participating in the historic February 1960 Greensboro lunch counter sit-in.

Col. Gore’s father was reportedly immensely proud of his son’s “good trouble” which helped usher in the era of desegregation. Seeing and hearing Col. Gore relate his firsthand experiences on this presentation underscores why the Southport Historical Society’s Armchair History programs should be considered essential viewing!