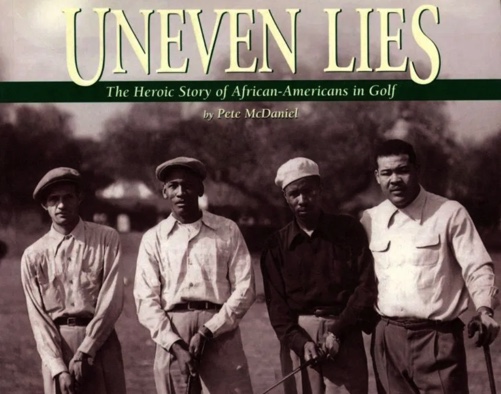 (Third in a series of articles celebrating Black History Month in our area.)

Do you like stories of adventure and courage? Of adversity and achievement? Of painful truths and unshakeable hope? Here’s a starter list of amazing books to satisfy those desires and help you celebrate Black History Month. Many are already in our Brunswick County Library collection, but others (marked with an *asterisk) could be after you get it, read it and donate it to the libraries!

Book with a neat library connection: “Ronald McNair,” by Corrine Naden.  Biography of physicist and African American astronaut aboard the ill-fated space shuttle Challenger, who helped integrate his local library as a young boy.

Book for military buffs: “Benjamin O. Davis, Jr., American:  An Autobiography.” * Davis graduated from West Point in 1932 as its sole black cadet and went on to become the first African American brigadier general in the Unites States Air Force.

Book for poetry lovers: “Annie Allen,” * by Gwendolyn Brooks, the first black author to win a Pulitzer Prize in 1950.  Ms. Brooks later served as a “poetry consultant” to the Library of Congress.

Book for sports enthusiasts: “Uneven Lies: The Heroic Story of African Americans in Golf,” by sports writer Pete McDaniel.  A heart-warming narrative about the history of black golfers in America.

Book for young politicos: “Shirley Chisolm; Teacher, Congresswoman” by Catherine Scheader.  Biography of the first black female elected to the United States Congress in 1969.  Ms. Chisolm served as a representative from NY and ran for the Democratic party’s presidential nomination in 1972.

Book for history lovers: “The Marrow of Tradition,” by Charles W. Chesnutt.  A historical text that depicts the Race Riots of 1898 in Wilmington, NC.

Books for teens: “Around Harvard Square,” * by C.J. Farley.  A satirical novel about surviving racial and cultural tensions.

Book for children: “Sulwe,” * by actress Lupita Nyong’o and Vashti Harrison.  A young girl who wishes her skin was lighter learns that true beauty comes from within.

Book for lovers of nonfiction: “Between the World and Me,” by Ta-Nehisi Coates.  Written as a letter to his adolescent son, Coates’ gripping narrative illuminates the past and confronts issues in the present.

*While some of the books listed in our list are not yet in the Brunswick County Library collection, they are available for purchase at most retail outlets and would make wonderful donations to your local library in honor of Black History Month!