Many Rivers to Cross, Many Truths to Reconcile 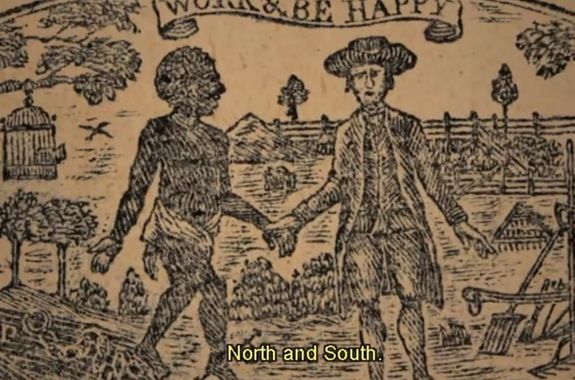 On the second Thursday of Black History Month, 50 participants joined Barbee Library’s Life Long Learners online discussion about The African American Experience. Using the award-winning documentary, “Many Rivers to Cross,” chronicling African American history over several centuries, the program forced us to reconsider what we think we know about the subject.

The 1781 invention of the cotton gin by Eli Whitney is considered the start of the industrial revolution in America, harnessing a machine to produce clean cotton. Prior to mechanization, this arduous task took slaves many hours. Rather than reducing slave labor, however, the efficiency of the cotton gin – and the expansion of agriculture across the deep South – made slaves even more valuable.

Slaves from the upper South were sold off to plantations in the Deep South between 1790 and 1860. Rebellion against enslavement grew as the brutality of working conditions and separation of families increased. While some slaves led revolts against white owners, others escaped, joining Abolitionists in the North, sharing firsthand knowledge of the horrors of slavery.

Those enriching themselves from slavery offered astoundingly racist justifications for what they claimed was an ideal situation for the happy slaves and benevolent owners. The story of Margaret Garner, a slave who crossed the frozen Ohio River from slave state Kentucky into free state Ohio in 1856 with her husband and children, demolishes any such illusions.

As federal marshals closed in on the terrified family, Margaret decided that her children would be better off dead than returning to a lifetime in bondage. Whites viewed her unimaginable actions as proof of the inherent brutality of Blacks; Blacks viewed her actions of proof of the inherent brutality of slavery. America still has not fully healed from these wounds, even 165 years later.

This Max and Sarah Williams Life Long Learners series continues online, Thursdays at 10 am, through May 13. Please register at Barbee Library (910-278-4283) to participate.