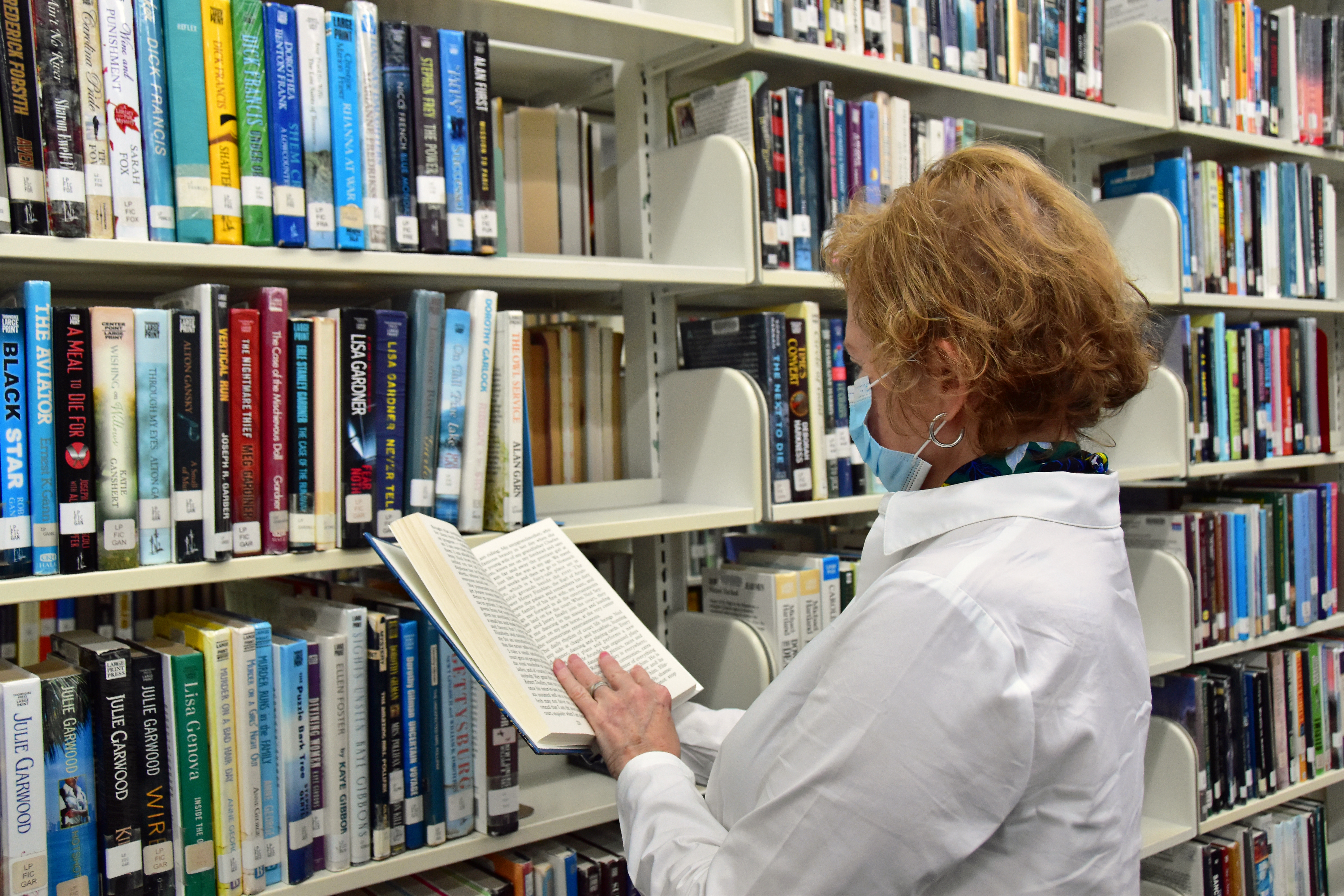 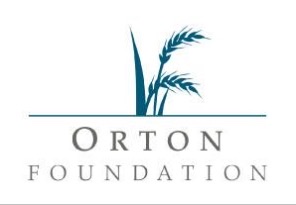 The next time you look for a large print book from Harper Library in Southport, you’ll find a much bigger selection from which to choose. That’s because the Orton Foundation, local affiliate of the Moore Charitable Foundation, recently gave the Friends of the Library of Southport & Oak Island (FOLSOI) a $1,000 donation which allowed Harper Library manager Heather Donnell to purchase 35 new large print books.

Demand for these special books has increased significantly, says Heather, so she’s delighted to be able to add many new favorites to the collection. Here’s the list.

With mysteries, suspense fiction, westerns, and romance novels especially in demand, Donnell ordered several more of each of those—including the latest books from such well-known authors as Michael Connelly, Janet Evanovich, Lee Child, Jodi Picoult, and Karen Kingsbury, to name a few.

Cathy Helbig, a library volunteer and frequent patron (in photo, above), was thrilled to see Louise Penny’s newest mystery, “All the Devils are Here,” on Heather’s list to buy (which she did). She said, “I like to read large print books when I don’t have my glasses; it makes it so much easier. And I love the Penny mystery series.”

Heather said their large-print collection is primarily for adults, but they also have some books for young adults, and juveniles. “It’s not just the older population with weakening eyesight that reads them,” she said. “Students who have difficulty reading or for whom English is their second language are much more likely to read a large print book.”

The Moore Charitable Foundation primarily supports environmental and conservation programs, but they also partner with local communities and nonprofits such as hospitals, emergency services, food banks, public libraries, cultural and historical festivals, school districts, and historic museums because, “The health and wellbeing of our local communities is foundational to what we do.”

In 2020, their local affiliate, The Orton Foundation, donated money to 34 Brunswick County nonprofit groups. FOLSOI had the honor of being the only library organization. “We are very grateful,” Heather said. “We were able to buy some large print books that we couldn’t have afforded without this grant.”