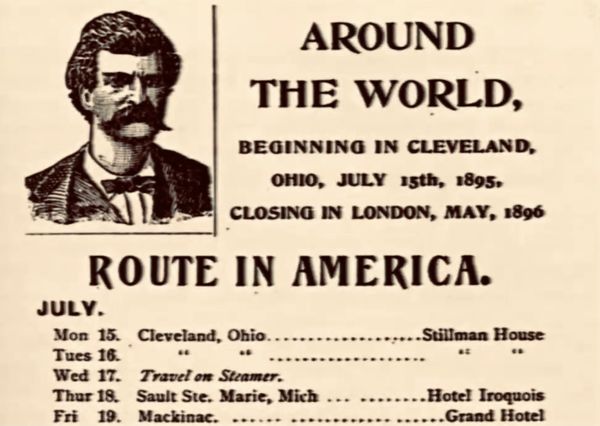 While Mark Twain is remembered by many for his humor in works of fiction, humor played a vital role in his serious social commentary. Twain’s anti-imperialist views were forged in the course of his overseas travels in the 1890s where he saw that the romanticized visions of empire building produced horrific outcomes for those under colonial rule.

Eager to convey his observations to American audiences, Mark Twain was able to capitalize on his popularity to find readers and lecture audiences. He did not limit his criticism to European imperialism, even preaching against American expansionism, noting: “I am opposed to having the eagle put its talons on any other land.”

Twain’s “Following the Equator” shone a disturbing light on British colonial practices, while letting the reader know that America’s treatment of native Americans and enslaved people was hardly any better. While Twain used his always sharp humor to advance his opinion, the grim reality of his pronouncements left audiences uneasy and publishers increasingly risk averse to publish his words.

In an essay entitled “To the Person Sitting in Darkness” published in 1901 in The New American Review, Twain’s righteous indignation fueled a powerful rhetorical appeal, even though that “person” was the unenlightened American reader. His unpublished work “The War Prayer,” a gruesome “praise” of the horrors of war, similarly sought to move the reader far beyond his or her comfort zone.

Soon Mark Twain was forced to balance his need for public adulation (and cash flow) with his moral imperative to tell the unvarnished truth. Twain had declared bankruptcy in 1894, and his overseas tour was primarily aimed at paying off his considerable debts, something he achieved in 1898 to the great praise of many of his contemporaries. This honorable act helped Twain maintain his rightful place on the moral high ground, ensuring that his message would continue to be heard.