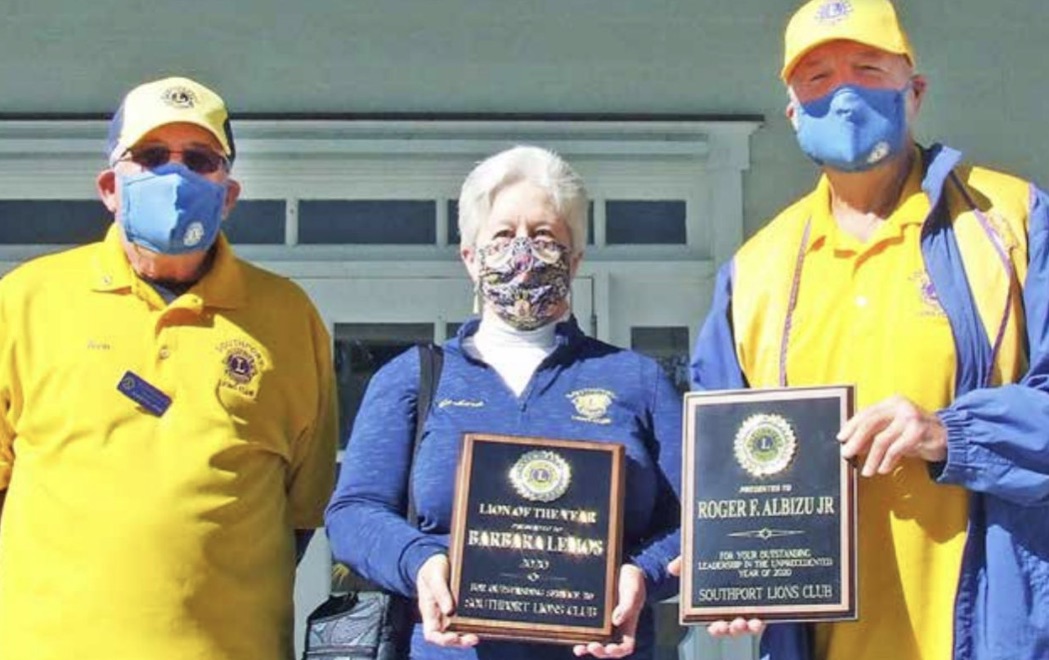 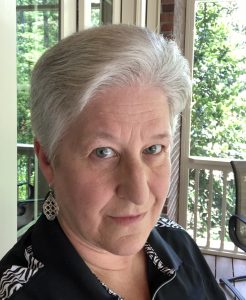 “I love to write and I like to take things that are complicated or scary and convert them into something people can understand,” says Barbara Lemos, FOLSOI Publicity Committee Roving Reporter. She does it really well, as is evidenced by her recent selection as the Southport Lions Club 2020 Lion of the Year Award.

Barbara was awarded the prize because she was very active in promoting club activities in newsletters and social media and was instrumental in obtaining grants for the club.

Barbara spent her professional life as a geologist, investigating and remediating hazardous waste sites, particularly those impacting the groundwater supply. She wrote technical reports and presentations and spoke publicly to residents concerned about living near hazardous waste. Soon she began ghost-writing for company executives and later, she penned articles on technology, home construction and natural history.

She grew up in Massachusetts and New Hampshire and lived most of her life in “the frozen tundra” of the Northeast. Later, work took her to Texas before she retired to St. James, moving there full time in 2013.

When asked about the origin of her expansive volunteer efforts, Barbara says she often worked 60-70 hours a week in her professional career, which left her little time to volunteer. Instead, she donated material goods and waited for the opportunity to be able to volunteer, as she wanted to.

Barbara says volunteering and work are similar, “in that you work with a group of people you may not have picked but you learn from them; they’re high energy and giving sorts of people.

“I’m still interested in giving back. I feel like I’ve had a good career and I have a good life.”

Barbara recalls meeting Diana for lunch when Barbara was considering volunteering. Barbara’s husband became worried when she was gone for three hours.

“Why wouldn’t you follow her off a cliff, she’s such a dynamo,” Barbara says of Diana.

Of the recent challenges to FOLSOI and elsewhere posed by COVID and promoting FOLSOI’s work, Barbara says, “We’re all doing the best we can in the pandemic.” So the group is taking whatever opportunities possible to share stories about good people doing good things in the community.

Barbara is also impressed by how organizations and people work together in the area for the betterment of its residents. For instance, for years the Lions Club has donated books to the public library for people who are vision impaired.

Maybe Barbara hasn’t strayed too far from her geology background. She loves to unearth possible partnerships.