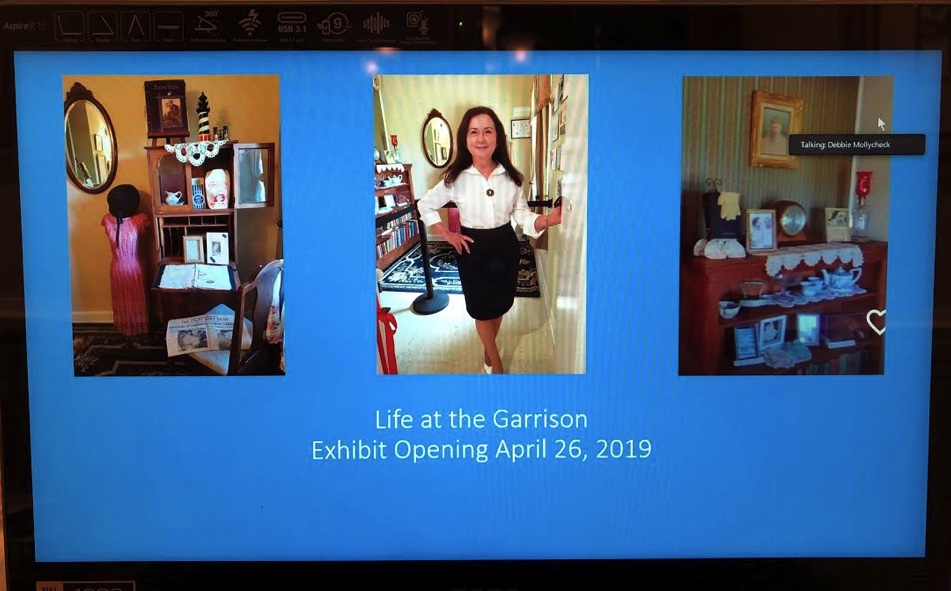 Previous Southport Historical Society “Armchair History” presentations examined the impacts of national and world events on Southport and Brunswick County. This time, they flipped the script to view several generations’ worth of history through the experiences of the Mollycheck family, ably presented by Debbie Mollycheck to a Zoom audience of over 55 participants.

As the granddaughter of Franto Mollycheck II, Debbie Mollycheck has conducted extensive research into her family, aided in large part by the good folks at the State Port Pilot newspaper. Her presentation drew on her current exhibit at the Garrison that–when conditions allow–will be well worth a visit.

Franto Mollycheck began his career on the water, working two of the tender ships that serviced local lighthouses. Nicknamed “Dock” for his constant presence on the waterfront, he eventually found himself yearning for a more stable (and lucrative) life on shore when he married the indomitable Lilla and became a father.

When America declared war on Japan in World War II, life for the Mollychecks took on the same challenges faced by so many others in Southport. Rationing forced Lilla and her friends to develop creative recipes. School graduations and sports were curtailed. Security measures were instituted.

As Southport was seeking ways to drive tourism, Lilla’s brains, charisma, and excellence as a sport fisher were put to good use, and younger family members were among the community members whose photographs enticed visitors to try their luck fishing the waters of the Cape Fear River and the Atlantic Ocean that Franto once plied.

As we scramble to accept the changes that the current global pandemic has necessitated, it is worth remembering that many Southport families experienced similar deprivations and found ways to adapt and build a stronger community as a result.