Wet, Dry and Why: Prohibition and Smuggling in Southport 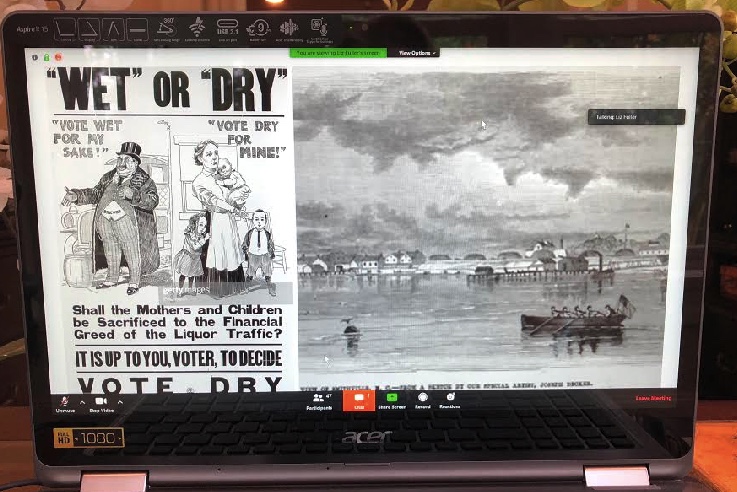 How did religion, morality, taxation, immigration, manufacturing, and politics all play a part in the regulation of alcohol in early 20th century Southport? That’s what Liz Fuller of the Southport Historical Society explained in the latest “Armchair History” conference via Zoom this week.

Prohibition in Southport began before “national” Prohibition, with efforts in 1871 to convince the public to give up “drinking and cussing.” By 1880, women petitioned to outlaw liquor and Southport spent 12 years “dry.”

As America’s economy shifted from agricultural to industrial, crusaders pushed to curtail the manufacture, sale, and consumption of alcohol. These efforts were led by the Women’s Christian Temperance Union, the Methodist and Baptist churches, white supremacists who wanted alcohol kept from African Americans and immigrants, the railroads and the textile industry who needed sober workers, the Anti-Saloon League, and even the Ku Klux Klan.

When World War I began, Prohibition went patriotic. German beer manufacturers were shunned, and corn and other alcohol feedstocks were diverted to the war effort. However, where there’s a will–or a still–there’s a way. Soon, moonshining and smuggling filled the void for many craving their whiskey and other libations.

Ideally situated for coastal smuggling, Southport offered attractive options for enterprising bootleggers able to adapt vehicles or boats to outrun the authorities. This time, though, authorities were heavily armed in boats capable of overtaking the rum runners. The laws of supply and demand worked their magic, and those with money got their alcohol and partied on.