Meet the Authors … and Read Their Fascinating Books! 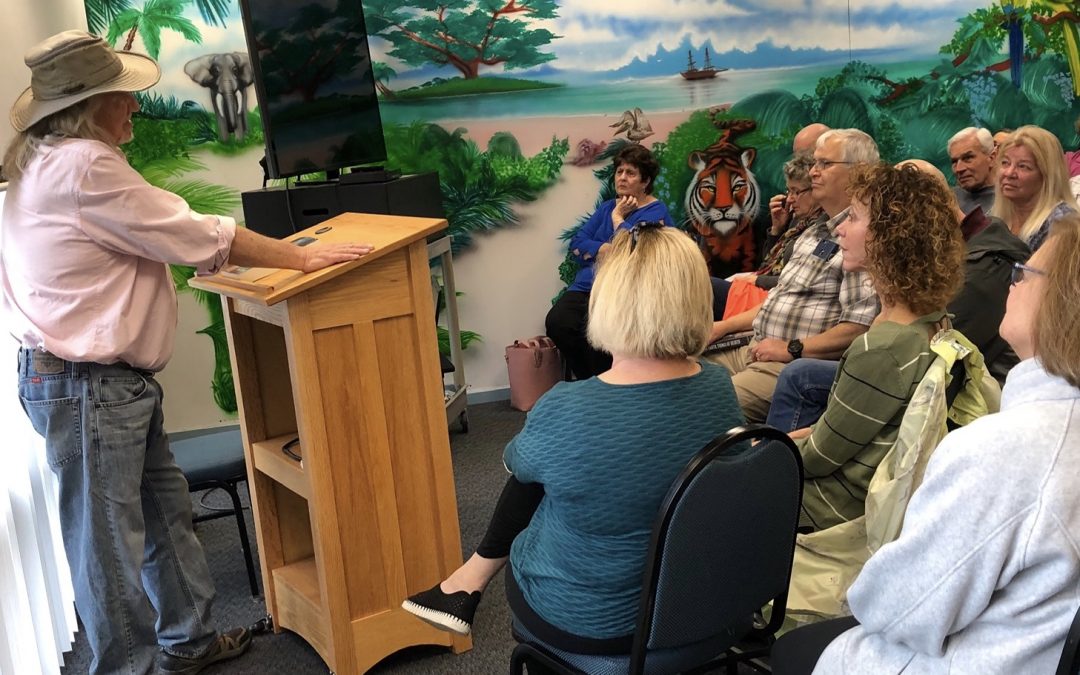 North Carolina has spawned many great writers, and more than 30 folks yesterday filled the room at Barbee Library to hear from two local authors who not only have experienced plenty of living but have creatively transcribed their insights into print for family, friends and the public.

First, former youth pastor and current purveyor of local barbecue Jimmy Perry introduced his book Stuff of Earth, Things of Heaven, which imagines a prophet appearing in recent times and having his miracles and message amplified by cable television sensationalism.

Would his protagonist’s gospel of love and acceptance be embraced by traditional religious organizations, the public, and the media, or would he encounter fear and skepticism? Set in North Carolina, this novel is the middle book of a planned trilogy, said Perry.  The book’s prequel, Late for the Sky, is due out this spring.

Then, lifelong Southport resident Donald Sellers, ably assisted by his wife Cindy who ran his slide show, read from his book When Dreams Took Flight. Donald began his work life in the 1950s and 60s at the Fish Factory (now South Harbor Marina). Fishing was big business back then, and he soon became an airborne “fish spotter,” flying single-engine aircraft to spot the menhaden schools and direct fishing boats to their location.

His love of flying took Donald to a harrowing few years in Vietnam flying helicopters in combat, where he earned two Bronze Stars, a Purple Heart, the Vietnamese Cross of Gallantry and other recognitions. He rounded out his illustrious career with 20 years of commercial aviation.

FOLSOI is delighted to sponsor these “Meet the Author” events which offer authors access to new readers and offer library patrons a glimpse into lives well led and books that will be well read. Stay tuned for more author programs!

Both Sellers’s book and Perry’s book are available to purchase online.